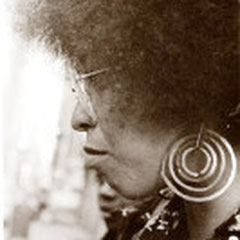 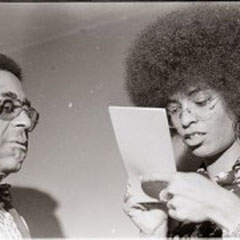 Angela Yvonne Davis (born January 26, 1944) is an American socialist, political activist and retired professor with the History of Consciousness Department at the University of California, Santa Cruz. She was the director of the university's Feminist Studies department. Davis was a vocal activist during the Civil Rights Movement and a former Black Panther. Her research interests are in feminism, African American studies, critical theory, popular music culture and social consciousness, and philosophy of punishment and prisons.

In the 1970s, she was a target of COINTELPRO, tried and acquitted of suspected involvement in the Soledad brothers' August 1970 abduction and murder of Judge Harold Haley in Marin County, California. She was twice a candidate for Vice President on the Communist Party USA ticket during the Reagan era.

Since moving in the early 1990s from communism to reformism she has identified herself as a democratic socialist. Davis is the founder of Critical Resistance, an organization working to abolish the prison-industrial complex.

She has lectured at San Francisco State University, Stanford University, Bryn Mawr College, Syracuse University, and other schools. She states that in her teaching, which is mostly at the graduate level, she concentrates more on posing questions that encourage development of critical thinking than on imparting knowledge.