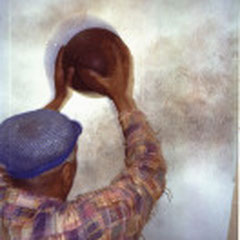 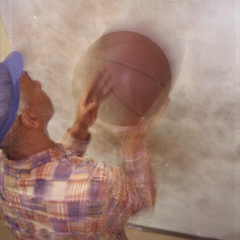 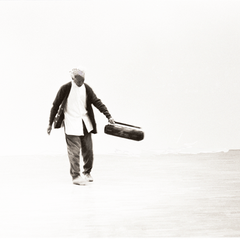 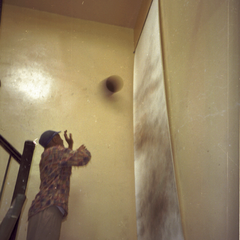 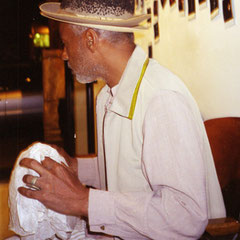 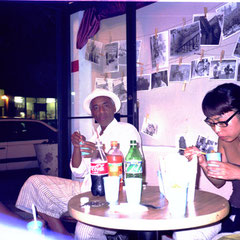 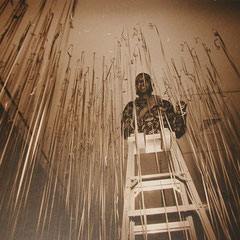 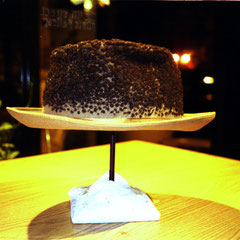 David Hammons (born 1943) is an African-American artist mostly known for his works in and around NYC during the 1970s and 1980s. Much of his work reflects his commitment to the civil rights and Black Power movements.

Along with these cultural overtones, Hammons’s work also blurred the notions of public and private spaces, as well as what constitutes a valuable commodity. An illustration of these concepts can be seen in Bliz-aard Ball Sale (1983), a performance piece in which Hammons situates himself alongside street vendors in downtown Manhattan in order to sell snowballs which are priced according to size. This act serves both as a parody on commodity exchange and a commentary on the capitalistic nature of art fostered by art galleries.

Hammons has also explored the video medium, collaborating with artist Alex Harsley on a number of video works, including Phat Free (originally titled Kick the Bucket), which was included in the Whitney Biennial and other venues. Hammons and Harsley have also collaborated on installations at New York's 4th Street Photo Gallery, a noted East Village artist exhibition and project space.