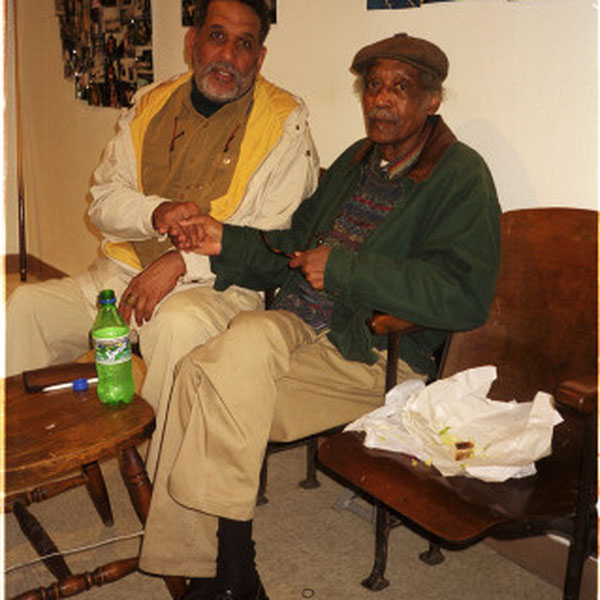 Born in 1929 in Brooklyn, he was involved in the postwar New York City jazz scene. A visit to the 1953 Cézanne exhibition at the Museum of Modern Art persuaded him to turn his energies to painting. His career has included mentoring by Lawrence and Bearden, involvement in the Black Arts movement of the 1960's, trips to Africa and a string of solo shows.

Mr. Smith is a figurative painter of an abstracting and material-intensive kind. He is generous with pigment, often mixing it with sand; and he makes subtle use of collage elements. Many of his images are pattern-based, made up of nested rectangles and fields of stippled flecks and dots. His colors are wonderful: rich orange, rose and yellow glowing out from darkness like light through stained glass.

The visual effect is a little reminiscent of Rouault's expressionism, but applied to a Social Realist art inflected with references to African culture. In ''Coal Duck'' (1972) a mournful man in an ornamental dashiki stands in front of a brick-red tenement wall, a masklike face peering from the window behind him. In ''Before the Mayflower,'' from the same year, a Porky Pig figure presides triumphantly over cutout images of classical African sculpture.

His pictures generate, without overplaying, a smoldering eschatological fervor. And this is true of most of the paintings, which gives Mr. Smith's career a stylistic consistency it has not really had and makes a persuasive case for the inclusion of his best work in any serious account of postwar 20th-century American art.